‘Iran ready to samba with Brazil’ 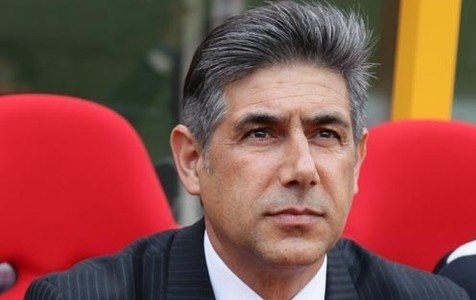 Brazil players take part in a training session at the Zayed Sports City in Abu Dhabi yesterday, ahead of their friendly against Iran. Robinho (second from left) said the players were looking to impress new coach Mano Menezes.

Brazil will play in the famous yellow and blue, while Iran stick to their traditional all white kit in this important albeit academic battle of wits.

Brazil were one of the oldest squads in South Africa, but the experienced youth coach has already rung the changes with five new players in the squad including Elias, Wesley, Neto, Guliano and Mariano.

“All games are important, even friendly matches,” Robinho said yesterday. “We are ready to be the best and give a good impression of ourselves to the new coach. “For the Brazil team every game is important.” Meanwhile Iran coach Afshin Ghotbi, looks to this game to fire out salvoes ahead of the Asian Cup in Doha, Qatar, from January 7-29.

Ghotbi was thrown in at the deep end late last year, with three World Cup qualifiers left to get Team Melli to South Africa after Ali Daei’s dismissal. Although he didn’t pull off that task he is expected to lead Iran to Asian dominance. Having lost just one from thirteen games in 2010, things seem on target, but Brazil could disrupt that.

“Brazil are so good they expose all your weaknesses. But I’m 100 per cent my players will play better given the high motivation and pride at stake,” Ghotbi told Gulf News.

“This is an opportunity for us to play at the highest level and will be a good yardstick by which to measure our progress. We’ll take this chance to showcase ourselves and demonstrate that we’re not so far from the world’s top footballing sides,” Ghotbi added. Ghotbi also suggested that his players finding out about the Brazil friendly, while still in action at the final of the West Asian Football Championships in Jordan last week, probably disrupted their form in that competition, where they lost in the final to Kuwait 2-1.

“They suddenly started to look beyond the final and it was difficult to get them to re-focus.”

The Brazil game also hands an opportunity to Iran to bid farewell to stalwart Karim Bagheri who goes into international retirement following this exhibition match. Bagheri, a 36-year-old midfielder, will make his 87th appearance for Iran tonight.