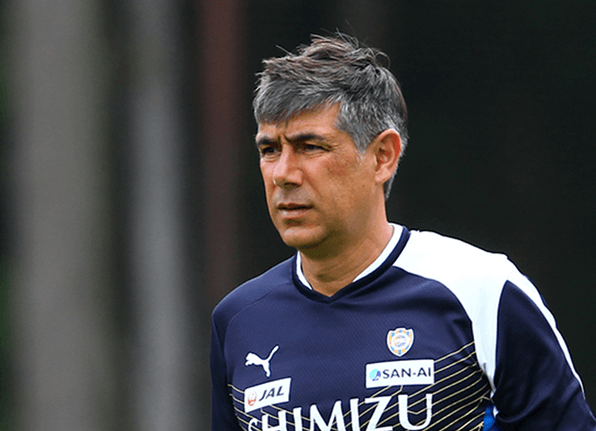 Japan must approach Thailand with caution and be wary of their crafty tactics in Tuesday’s Group B match in the final round of qualifying for the 2018 World Cup, says former Shimizu S-Pulse manager Afshin Ghotbi.

Japan have arrived in Bangkok bearing the emotional scars of a controversial 2-1 defeat at home United Arab Emirates on Thursday, while Thailand put up a brave fight before succumbing to a late penalty in a 1-0 defeat in their group opener away to Saudi Arabia.

Ghotbi, who has experience managing in Thailand at Premier League champions Buriram United, also believes Japan’s experience in major international competition will give them the edge, but says Thailand will not be easy to beat on their own turf.

“Everything is possible in international football. The gap continues to shrink between nations and the race for the World Cup is more exciting for the fans.”

“For all the teams competing for World Cup spots, the key will be taking maximum points at home. Thailand will be a difficult team to beat at home, and Japan must approach the game with caution,” the former Iran coach said.

Ghotbi said that one advantage the Thais do have is that the main players in their squad play for the same club side, Muanthong United FC, where former S-Pulse defender Naoaki Aoyama also plies his trade.

“The Thai national team lacks the experience at the global stage to compete with the best in Asia such as Japan. The majority of Japanese national team players compete in the European leagues, giving them an edge on many levels compared to the Thai players who compete in the Thai Premier League,” said the Iranian-American.

“One small advantage for the Thai national team may be that the main players are on the same club side Muanthong United FC, so they train and play together throughout the year.”

Soccer is the most popular sport in Thailand, but until a few years ago, there was a lot more interest in European soccer than the TPL and the national team, says Atsuo Ogura, international marketing and sales manager at TPL club Chonburi FC.

“European soccer is the most popular, the English Premier League and the (European) Champions League. It used to be that soccer news was 90 percent about the EPL and 10 percent about the TPL,” Ogura, the son of former Japan Football Association chief Junji Ogura, said.

“But there is more interest in the TPL and now it is about half and half. The national team is a cash cow business, the same as it is in Japan.”

Thailand striker Teerasil Dangda is the danger man that Japan must keep a watchful eye on, Ogura said.

“Teerasil plays for the same team as Aoyama and according to Aoyama he is on a different dimension in every department. He could more than hold his own even in the J-League,” Ogura said.